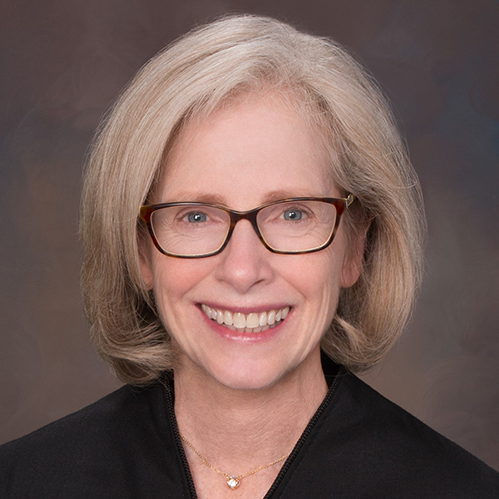 Prior to her appointment to the Circuit Court for Montgomery County, Maryland on January 4, 2018, Judge Schweitzer served on the District Court of Montgomery County as an Associate Judge for nearly four years.  In the District Court, she heard thousands of cases involving landlord-tenant disputes, civil actions, criminal actions, traffic citations, domestic violence and peace order petitions as well as other types of cases.  Formerly an Assistant State’s Attorney for Montgomery County for thirty years, she prosecuted countless criminal cases and was involved in over one hundred and fifty jury trials including those involving homicides, sex offenses, armed robberies, complex drug conspiracies, burglaries and other serious felonies.  In the State’s Attorney’s Office, she held several positions including Chief of the District Court, Director of Professional Development and Post-Conviction Remedies, Collision Reconstruction Review Team, Team Leader and Drug Court Liaison, as well as a line attorney in various units in the office.  While at the State’s Attorney’s Office, Judge Schweitzer was cross-designated as Special Assistant Attorney General in the Criminal Appeal Division.  As a Special Assistant Attorney General, she briefed and argued criminal appeals on behalf of the Attorney General’s Office before the appellate courts of Maryland.

She currently resides in Gaithersburg with her husband, a research analyst.  She is a lifelong parishioner at St. Martin’s Catholic Church.  Her son and daughter attended county schools.  As a parent, she was active in the Girl Scouts, PTSA, sports booster’s organizations, and as a parent volunteer.  She has continued her involvement in our public schools including participating in career days and in Montgomery County Bar Association High School Mock Trial Competitions as a Judge. She has also served as a Co-chair of the C-IT subcommittee of the Montgomery County Bar Association, which has involved many appearances at local high schools to talk about legal issues.  In 2018, she gave a TED talk to Clarksburg High School on the Future of Courts.

As a judge and attorney, Judge Schweitzer has been very active in various committees and bar associations.  She is currently president of the Women’s Bar Association of Maryland, Master of the Bench and Executive Board member of the American Inns of Court, Montgomery County Chapter. She is also a member of the Montgomery County Bar Association, and the Maryland State Bar Association as well as a recurrent instructor with the Judicial Institute.  She serves as vice-chair of the Court Technology Committee and was a former member of the Court of Appeals of Maryland Standing Committee on Rules of Practice and Procedure.