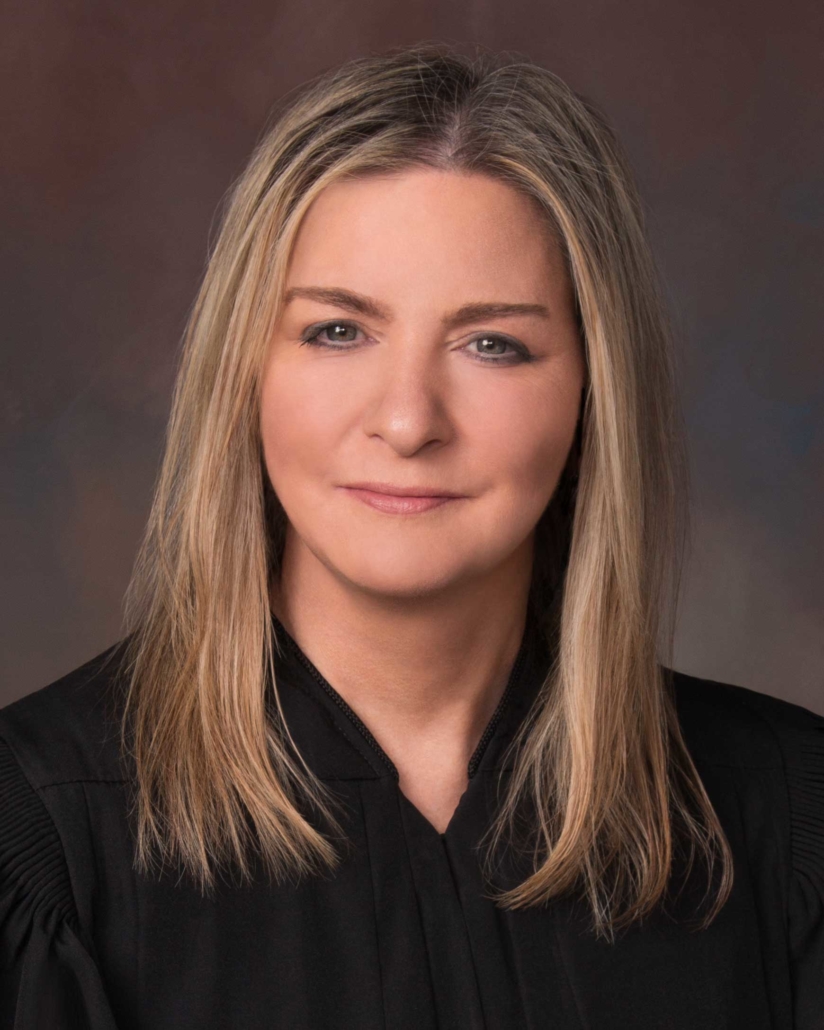 Judge Rachel Theora McGuckian was born in Silver Spring and raised in Rockville, where she attended public schools: West Rockville Elementary (now Beall Elementary), where she was the first female school president, Julius West Middle School, and Richard Montgomery High School, where she was a member of the 1985 state championship field hockey team. She attended the
Johns Hopkins University, majoring in political science. She worked her way through the University of Baltimore School of Law, where she received top awards in evidence and constitutional criminal procedure, was a justice on the school’s honor court, played intramural basketball and graduated magna cum laude. Following graduation, she served as judicial law clerk to the Honorable Deborah K. Chasanow of the United States District Court for Maryland, Southern Division.

Prior to being appointed to the Circuit Court for Montgomery County, Judge McGuckian spent 29 years in private practice, including the past 25 with Miles & Stockbridge, the largest Maryland headquartered law firm. She served two terms on the Miles & Stockbridge Board of Directors and was Managing Partner of the Rockville office. In her private practice, Judge McGuckian represented businesses including public companies, financial institutions, real estate developers, government contractors and family enterprises, and individual clients in divorce, custody, real estate, tax and contested estate litigation. Judge McGuckian also represented indigent individuals in criminal cases, including in post conviction, appeals and white collar matters through the Office of the Public Defender, and in family law cases, and was named to the Pro Bono Honor Roll by the District of Columbia. She has many reported opinions in the appellate courts. Following her clerkship and before joining Miles & Stockbridge, Judge McGuckian was an associate at Eccleston & Wolf, where she defended professionals in malpractice cases.

Judge McGuckian has received the highest honors available to a trial lawyer. In 2021, she was elected to the American College of Trial Lawyers, a select group limited to the top 1% of the lawyers in each state. She was named by her peers as a “Super Lawyer” every year since 2009, and repeatedly named one of the Top 100 Super Lawyers in Maryland and in Washington, D.C., one of the Top 50 Women Super Lawyers, one of the Best Lawyers in America, and to Bethesda Magazine’s Top Attorneys List.

For many years, Judge McGuckian served on the University of Baltimore Foundation Board, and as an adjunct professor at the University of Baltimore School of Law, where she teaches Introduction to Advocacy to first year law students. She has served as a faculty member at the National Institute of Trial Advocacy’s Georgetown University Law Center program for two decades. Judge McGuckian is an officer of the International Bar Association’s Professional Ethics Committee and has presented on legal ethics issues at conferences in Europe, South America and Africa. In 2009 Judge McGuckian received the Leadership in Law award from the Daily Record. She chaired multiple committees of the Maryland State Bar Association, including the Litigation Section Council, and the Montgomery County Bar Association, and received several committee chair of the year awards, including for her work chairing the Montgomery County High School Mock Trial Program, and is a member of the Women’s Bar Association. Judge McGuckian served for five years as Town Attorney for the Town of Kensington, and was legal counsel to Peerless Rockville Historic Preservation Ltd. until her appointment. She was a member of the Revere Bank Regional Advisory Board of Directors from 2010-2020, and served on the History Associates Incorporated Board of Directors, including as Board Chair at the time of her appointment.

Judge McGuckian is a single mother who is proud to have raised two wonderful daughters, now in college. Her late father, Paul A. McGuckian, was a district and circuit court judge and continued to serve on the bench until his cancer diagnosis at age 82. He was County Attorney under County Executives Charles Gilchrist and Sidney Kramer. Her mother, Eileen S. McGuckian, is Montgomery County’s preeminent historic preservationist, a founder and the long-time Director of Peerless Rockville, the author of Rockville: Portrait of a city, President of Montgomery Preservation, and President of the Coalition to Protect Maryland Burial Sites. Her sister, Emily C. McGuckian, is a special education teacher who taught in Montgomery County and Prince George’s County public schools. Her bonus sister, Alice Popovici, is a journalist and writer.

We need your help during election days to educate Montgomery County voters about the slate of our sitting judges.
Please sign up or click the link below to staff a polling place during the early voting election days.