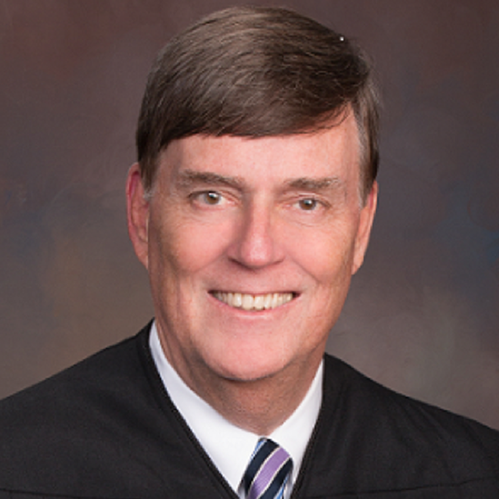 Judge Kevin Hessler, a lifelong resident of Montgomery County, was appointed to the Circuit Court for Montgomery County, Maryland in June 2017. For over 34 years before joining the bench, Judge Hessler was a widely-respected and accomplished attorney in private practice in the county.  For the initial 16 of those years, as an associate attorney and later as a partner at the Rockville law firm of Miller, Steinberg and Hessler, he handled a wide variety of both civil and criminal cases. Thereafter, he joined the Rockville law firm of Dragga, Hannon, Hessler and Wills, LLP, where his trial practice predominantly focused on family law, with a concentration on cases with complex financial aspects and high-conflict custody cases. His successful appellate practice included representation of clients in a significant number of important reported appellate decisions in both civil and criminal matters.

During his years of practice, his legal abilities were widely recognized as being among the best. He developed a reputation as a “lawyer’s lawyer” — one to whom other attorneys and judges turned if they, themselves, needed guidance, counsel and representation.  He brings a wealth of experience, knowledge and respect to his current position.

Judge Hessler has been recognized for his commitment to the causes of diversity and to the advancement of women and minorities. By appointment, he served as a Commissioner on the Montgomery County Commission for Women from 1996 until 2003 and on the Maryland State Bar Association/Maryland Judiciary Select Committee on Gender Equality in the Courts. For 10 years he also served as a member of the Character Committee for Admission to the Bar of Maryland and has been a frequent presenter/instructor at continuing legal education programs for members of the bar and the judiciary. He is currently on the Board of Directors of the Montgomery County Bar Foundation.

Judge Hessler is a 1981 graduate from the University of Baltimore School of Law and was chosen to be a member of the school’s law review. He received his undergraduate degree from Bucknell University in Lewisburg, Pennsylvania in 1978.