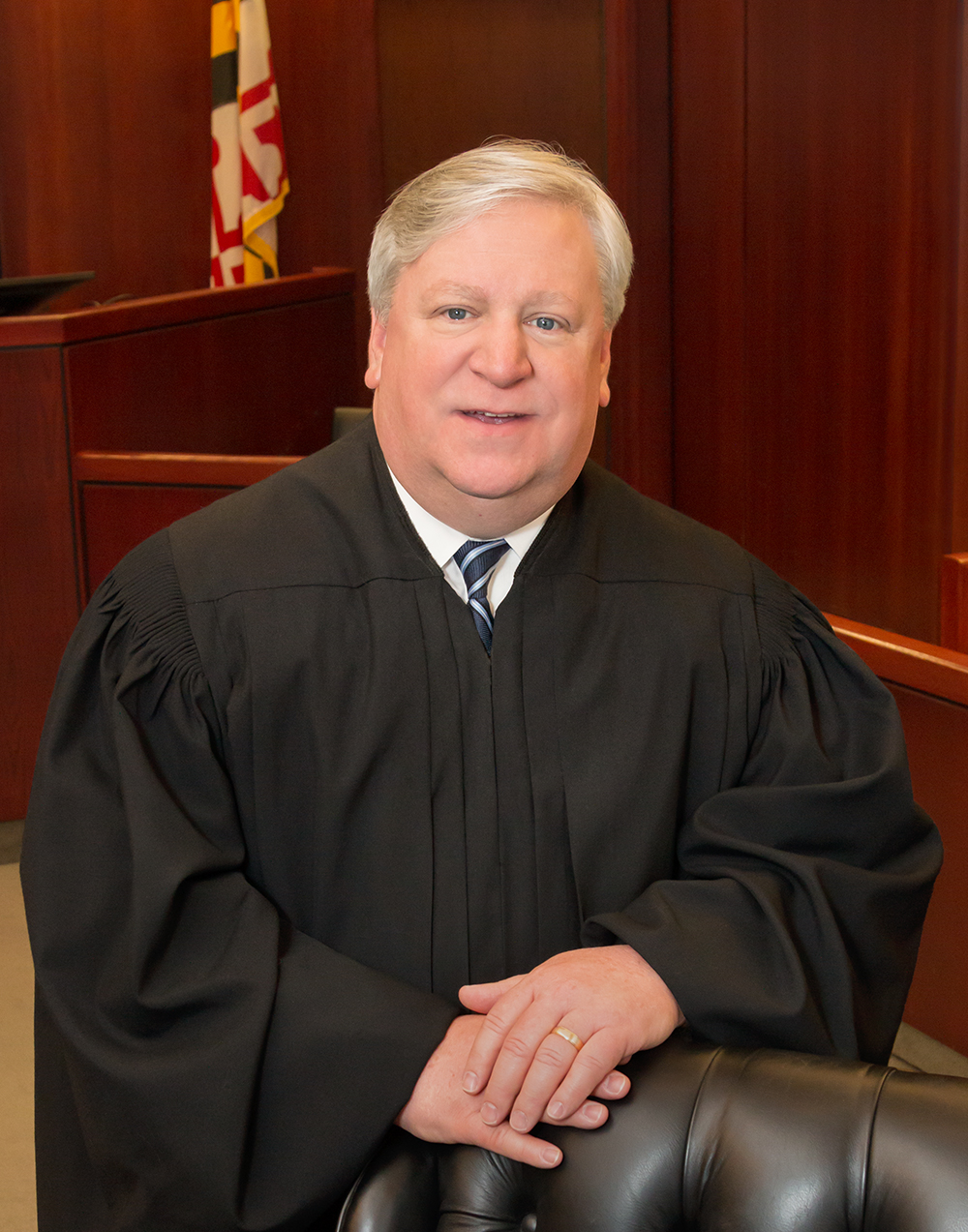 Judge Christopher C. Fogleman has resided in Montgomery County for 37 years. He is a graduate of the Washington College of Law at the American University in Washington, DC. Following his law school graduation, Judge Fogleman served as the law clerk to the Hon. Calvin R. Sanders in the Circuit Court for Montgomery County. He was admitted to practice law in the State of Maryland in 1985, the District of Columbia in 1989, and the Commonwealth of Virginia in 1990.

From 1985 until 1988, Judge Fogleman was an Assistant Public Defender in Montgomery County, where he represented those unable to afford an attorney and who had been charged with crimes ranging from traffic offenses to kidnapping and murder. In 1988, he moved into private law practice with the law firm of Gleason & Flynn, Chartered, which later became known as Gleason, Flynn, Emig, Fogleman & McAfee, Chartered. Judge Fogleman remained with this firm for 30 years. His practice was varied and his clients were diverse. Over his last 4 years in private practice, Judge Fogleman represented individuals and businesses in commercial and business matters. Many of his clients were small businesses and their owners and employees.

Judge Fogleman was born and raised in Williamsport, Pennsylvania, a relatively small town perhaps best known for being the home of Little League Baseball. He was the sixth of seven children, the son of blue-collar parents, his father a welder and his mother a homemaker. After his father’s untimely death at the age of 55, Judge Fogleman’s mother found work in a small women’s clothing store and raised and supported her family alone. Judge Fogleman attributes his own work ethic and respect for the value of work to the examples his parents had set for their family.

Having grown up in the birthplace of Little League Baseball, it is probably not surprising that Judge Fogleman loves baseball. He is in his 27th year of coaching youth baseball and serves as the President of the Burtonsville Athletic Association and the Vice-President of the Montgomery County Baseball Association. He is also a Baltimore Orioles fan and frequently attends games at Camden Yards with his family.

Since his appointment to the Bench, Judge Fogleman has been assigned to the Family rotation. He regularly hears divorce, child custody and support, and domestic violence cases. He is compassionate and unbiased, listening carefully to all parties, many of whom cannot afford legal representation. He has had the benefit of many judicial education classes on family law issues. He is particularly sensitive to the serious and complex issues presented in domestic violence cases, which he hears typically on a weekly basis. These cases present unique challenges and require thoughtful and patient consideration.

In addition to his regular courtroom duties, Judge Fogleman is one of the three judges serving on the Mental Health Court. Mental Health Court is a problem-solving court with a dedicated docket used to divert certain defendants who have committed crimes because of a mental illness away from prosecution and jail and into a structured, individualized program, including treatment and community services, to enable them to avoid recidivating and become productive members of the community. Judge Fogleman is also a member of the Maryland Judiciary’s Court Access and Community Relations Committee, which is tasked with addressing barriers to access to the courts and legal services in Maryland, strengthening public awareness of the Judiciary’s programs, projects, services and initiatives, and promoting knowledge and understanding of the Judiciary.