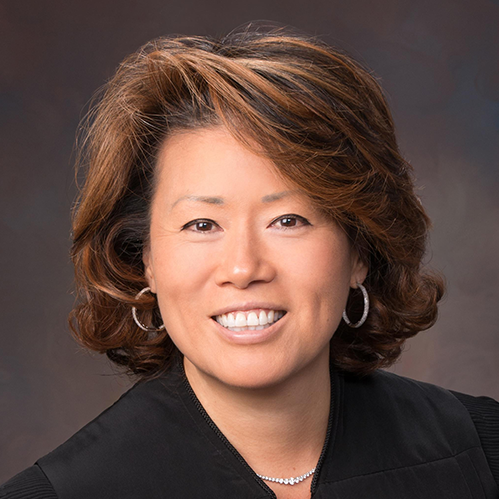 Prior to Judge Cho’s service as a judge, she spent 10 years as a prosecutor in both Montgomery and Howard Counties, and then eight years in private practice as a partner at Shulman, Rogers, Gandal, Pordy & Ecker, P.A. and then at Hall & Cho, P.C. She handled both criminal and civil litigation in state and federal courts.  Judge Cho received her undergraduate degree in English from the University of Maryland in 1989 and her Juris Doctorate Degree in 1992 from Loyola University of Chicago School of Law.

Judge Cho’s career is marked by her dedication to service to the community.  The following are among the activities, professional associations, and boards that Judge Cho has actively participated in:

Judge Cho was born in South Korea and has been a resident of Montgomery County for over 30 years.  She currently resides in Rockville with her husband, E. Joseph Fitzpatrick, Jr., an attorney and past president of the Bar Association of Montgomery County, Maryland, her mother, Baek Re Cho, and their 3 wonderful dogs.

We need your help during election days to educate Montgomery County voters about the slate of our sitting judges.
Please sign up here or click the link below to staff a polling place during the early voting and/or primary election days.
(we’ll be back in touch about the general election). After you sign up, you will receive confirmation and a final assignment, closer to the voting period.